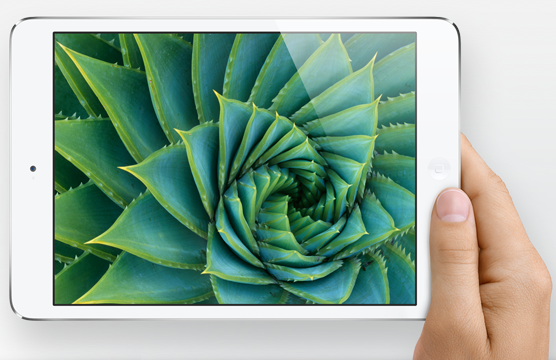 Just as I thought the rumors would slow down for while, here we are again talking about iPad mini rumors. I wouldn’t be surprised if Apple released a Retina mini at some point, but apparently the displays are already in development.

SlashGear reports that the future iPad mini Retina display is in the works. They source Chinese site DoNews as well as MENAFN as the base of these rumors.

It is said that ultrahigh resolution can not be developed without the technology of indium gallium zinc oxide (IGZO), and the technology of Gate IC on array (GOA) is also indispensable since the next-generation iPad Mini will have an ultra-narrow frame. The technology of GOA helps save the room of IC on the rim and narrow the frame of the screen to the largest extent.

Speaking of the progress of the development of iPad Mini, AUO claimed that it had solved the problem of yield and there would be no light leak as existed before. The company would ship the products in large scale in the fourth quarter.

Both reports claim that the Retina-level iPad mini display would carry a density of 497 pixels per inch (ppi), whereas such a display would actually have the same 326 ppi seen on the last several generations of the iPhone. MENAFN also misstates the density of the full-size iPad’s display as 326 ppi, while DoNews correctly lists it as 264 ppi.

Who knows what is actually the truth. To be honest, I’m surprised that there are even rumors about this right now. Don’t worry though, all of you new iPad mini owners (myself included) will more than likely have a year to play with the iPad mini before the next refresh. I expect to see another iPad mini released in the Q4 2013.

I don’t doubt the possibility of a Retina iPad mini for a second, but I’m sure the technology to this display is too expensive at the moment for Apple to offer Retina at a reasonable price. We didn’t see a full size Retina iPad until the third generation model. Also, I have no complaints about the resolution of the current generation iPad mini.