[Rumor] iPad 3 Already Shipping to the US?? Possible Pre-Orders?

According to a leaked packing slip that 9to5mac has obtained, it looks as if the iPad 3 units are already secretly making there way to the US.

This is big news if it’s true. Could we possibly see pre-orders for the upcoming iPad 3? This packing slip or shipping document states that the iPad 3 is set to make deliveries March 9th which would be exactly two days after what has been rumored to be the iPad 3’s announcement date on March 7th. That would also set the possibility for pre-order on a Friday which lines up with many paydays around the country.

I would keep a close eye on the Apple website for any information about possibly pre-ordering the iPad 3. Though there was no “pre-order” available for the iPad 2 as there was the iPad 1, maybe Apple is deciding to bring back the pre-order with the nex-gen iPad.

9to5mac says that Pre-Orders could begin as early as March 7th or a few days after. Who knows.. But, there are two pretty awesome pictures of the packing slip and what could possibly be iPad 3’s being loaded on a plane in China! These images appear to have surfaced from weiPhone.com and @sonnydickson on Twitter The shipping details from the picture below seem to state shipments starting as early as Today (Feb 26th) to March 9th from FoxConn to the United States. 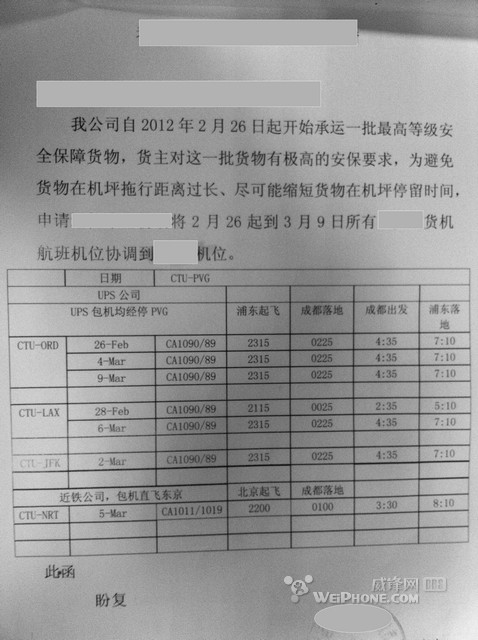 Apparently a translation has surfaced from the weiPhone forums with inside information stating, 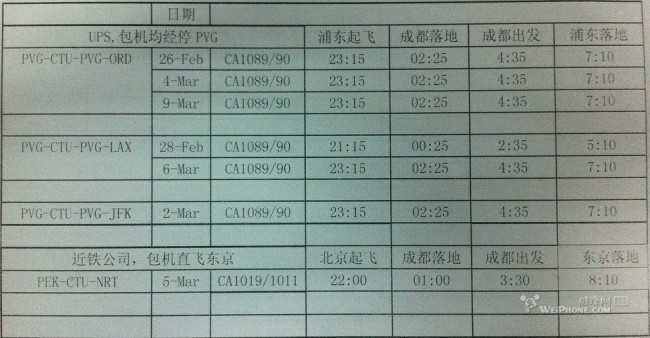 So what do you think? Is this the real deal or jump a bunch of nonsense speculation?