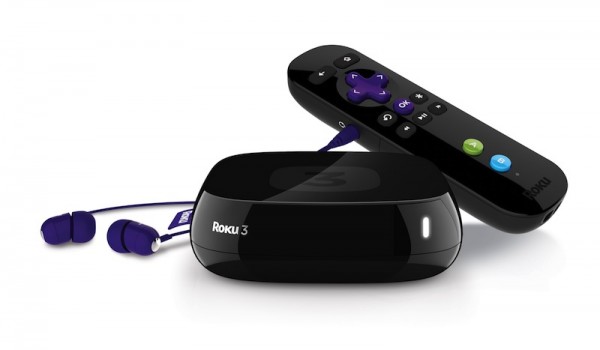 The next generation of Apple TV competitors is on the horizon. Roku has officially announced the Roku 3 packed with quite a few new features that may cause Apple to step up Apple TV a bit.

Some of the new features are a part of the device’s remote:

When you need to keep the volume down but still get your TV fix, Roku 3 features an enhanced remote with built-in headphone jack. Just plug in the included in-ear headphones to enter your own private listening world. It’s perfect for cranking up that late-night action movie without waking the spouse. Or kids. Or dog.

Need a break from the movies? The Roku 3 enhanced remote features motion-sensing technology that lets you play games with a simple flick of your wrist – plus game-ready buttons for furious button mashing. Top titles available include Angry Birds Space, Wheel of Fortune and Jeopardy.

The only thing Roku lacks is a type of “AirPlay.” I wouldn’t necessarily consider this a downside though. In my experience AirPlay isn’t always consistently great. Roku currently has over 750 different apps.

I think it’s time for Apple to take Apple TV to the next level. It’s that or they’ll get left behind. Roku 3 will be available for $99 starting in April.