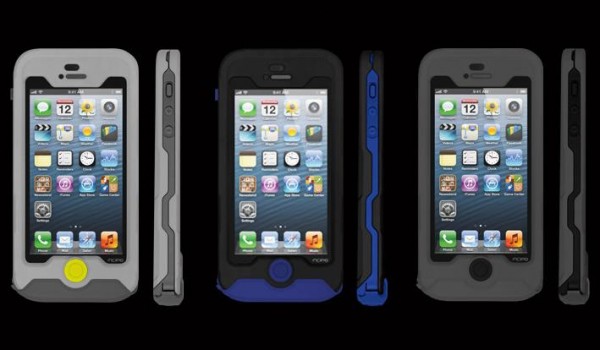 Over the years, I’ve had the chance to try just about every rugged, durable, and waterproof case on the market. I thought I had seen it all, and while most of them work great, there always seems to be too many sacrifices to keep the case on long-term. When I first saw the Incipio Atlas at CES 2013, I was intrigued. It wasn’t until recently, I realized, that Incipio really had a real gem on their hands with this new waterproof case.

Obviously, saying that the Atlas is “the best waterproof case” is purely based on my opinion and experience with reviewing other similar cases, but until now, I haven’t found one that I liked as much as the Atlas. If you’re unfamiliar with its design, Incipio’s Atlas case packs a slim and sleek profile with no silly o-rings to worry about, a tempered glass screen protector, and tough outer-shell. Sounds like a good combination, right?

Check out my video review below for all of the details:

Incipio made a fantastic choice by going with a built-in tempered glass screen protector. In case you’re curious, this screen protector sits perfectly flush with the iPhone 5’s screen. I didn’t experience any sensitivity issues throughout my testing and review.

As I mentioned above, I also love that there’s no o-ring to worry about. That’s always been part of my uncertainty with other cases. If the o-ring goes bad or breaks, you’re out of luck. Not only will Incipio protect your device with a rugged case, they even offer a limited warranty that covers the Atlas and your device. That’s protection and reassurance that you can rely on.

Incipio’s Atlas is no exception to the slightly muffled sound that I’ve experienced with similar cases. It’s definitely not a deal breaker, but I wanted to point that out. I also found the back panel of the case a little difficult to remove when trying to extract my iPhone, but it’s also the tight fit that keeps my device safe.

While the tempered glass screen protector is awesome, I found that it attracts fingerprints easily during regular use. It just seemed to lack a strong, if any, oleophobic coating. Still, it’s way better than a plastic screen protector.

Also, though I wasn’t bother by this, it’s important to note that the Atlas won’t work with most docks and some third-party lightning connectors due to the actual port being recessed because of the case’s design.

If you’re looking for a great rugged and waterproof iPhone 5 case, look no further than the Incipio Atlas. I stand by my title when I say that this is the best waterproof case I have used to date. It looks like everyone needs to step up their game in order to compete with Incipio. I’d recommend the Atlas to anyone looking for ultimate protection and style from a case with a worry-free warranty.

If you’d like to pick up an Atlas case for yourself, they’re currently available on Incipio’s website for $89.99. I’ve also seen it on sale for a few bucks less here on Amazon.