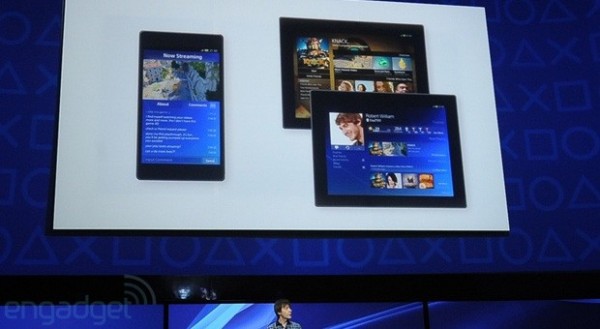 Yesterday, Sony announced the long-awaited PlayStation 4. This new console is said to be a game changer including features such as social networking, on-demand full version game trials, and spectator mode. Sony also announced a second screen experience with the PlayStation app that’s due to be released alongside the console.

The funny part is, Sony never actually showed us the console. Pricing information wasn’t even announced. Actually, the only thing that was actually shown at the press conference was the new Dual Shock 4 controller.

Whatever, Sony. Here’s some cool information about the app though:

A new application from SCE called “PlayStation®App” will enable iPhone, iPad, and Android based smartphones and tablets to become second screens. Once installed on these devices, users can, for example, see maps on their second screens when playing an adventure game, purchase PS4 games while away from home and download it directly to the console at home, or remotely watch other gamers playing on their devices.

This is basically Microsoft’s Xbox Smart Glass app for PlayStation.

I guess we’ll have to wait until an unannounced time to find out how much a console we’ve never seen will cost. This just seemed like Sony wanted to beat Microsoft and announce something early. The PlayStation 4 will be released right around the holiday season later this year. Don’t let us down, Sony.