Marvel Vs. Capcom 2 is Released on iOS 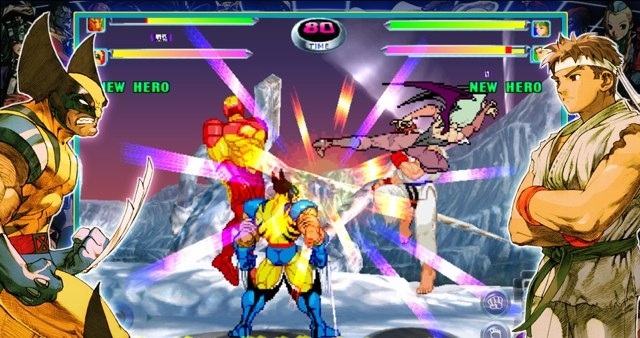 Nothing is better than good old fashioned arcade games. Especially when those games are on iOS! Who needs awesome graphics like Modern Combat or Asphalt 6 when you have stunning and gorgeous 2D graphics! The latest addition to awesome 2D gaming is finally here!

Marvel vs. Capcom 2 has been released for iOS and definitely lives up to the hype. With 56 characters, and tag-team matches, you won’t be disappointed.

The game has been fully ported over from Sega Dreamcast, with the obvious addition of touch screen controls. There are “unlockable secrets”, and a 2-player versus mode, and much more!

The 56 characters available for major butt kicking span across the Mavel and Capcom series, bringing all your favorite heroes and villains together. There’s no word on iCade style compatibility, but I hope they add it. Bringing a classic gaming experience to the iPad with physical controllers would be great!

Marvel vs. Capcom 2 is available now for only $2.99, but act fast. This deal only lasts until May 6th, when the game will sell for $4.99. And yes guys, it’s totally universal! That in itself is the greatest feature about this game. It’s always great when you get two for one! I must stress one thing though, the game looks super pixelated on the new iPad. It’s still playable but not pretty. Then again, te game was never pretty, just fun.