Gifture Makes an Animated Pictorial of Your Life

Almost everyone I know uses the hipster photo sharing app Instagram. But often at times I wish there was an video alternative. I think this new app will bridge the gap…

Gifture is a new free app that will bridge that gap between Instagram and video. The new app allows you to take multiple photos in a row and string them together to creat an animated picture. The idea is fairly simple, and GIF images have been around for a while; but this app surely takes first prize for awesomeness!

This app has a very familiar layout, (cough.. cough.. Instagram) but it’s functionality is pure gold! Simply set your frame rate of pictures press the capture button and animate away!

TheNextWeb spoke with Gifture’s creator, James McDonald, and talked about his inspiration for this awesome app. He came across a website called Cinemagraph.com which flipped an inspirational switch in his brain.

I was in awe. The GIFs on that website are absolutely stunning. I spoke with Devin (the developer) and discussed about possibly making an iPhone/iPod app and he was all ears. We thought we could make an app where we could have the Instagram-like base, but using GIFs instead of still photos (although Gifture does support stills as well).

Development on the app started in November taking inspiration from many of Instagram’s features:

We were inspired by the basic functions of Instagram, including its feed. However we wanted to build a product that we wanted to use, something that we thought could be fun and easy to operate.

Instagram is a game changer and brings out the inner photographer in everyone, in my opinion. However, we felt that with GIFs you can tell a better story over still images. They can also be absolutely hilarious, so we’re all for users to keep that trend going!

TheNextWeb also asked McDonald if he had any plans to monetize the app:

“If users take a liking to the app we have a lot of cool stuff planned and hopefully we’ll never have to go down that road.”

So go try it out it’s free! 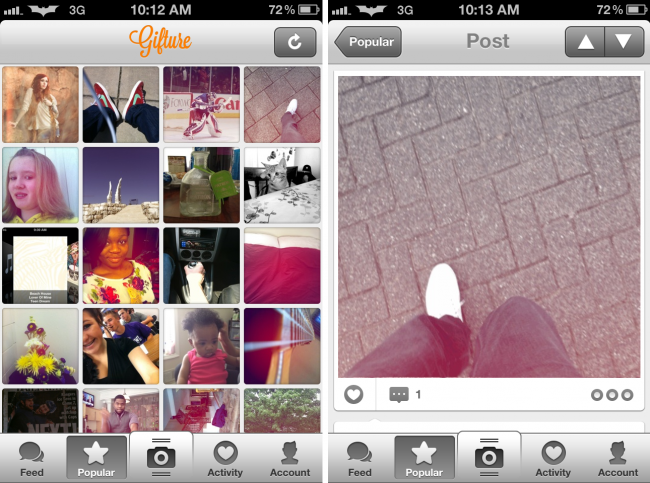 Just like Instagram you have a feed, popular animations, filters, and even social network sharing. Upon opening the capture screen, you’ll be presented with a square outlining the 500 x 500 pixel GIF area that can be captured.

You’ll also have the option to select from some cool hipster filters including Black & White, Sepia, Pop, False Color, Monochrome, Vibrance, or Invert, similar to your best friend Instagram. The app is dead simple to use! 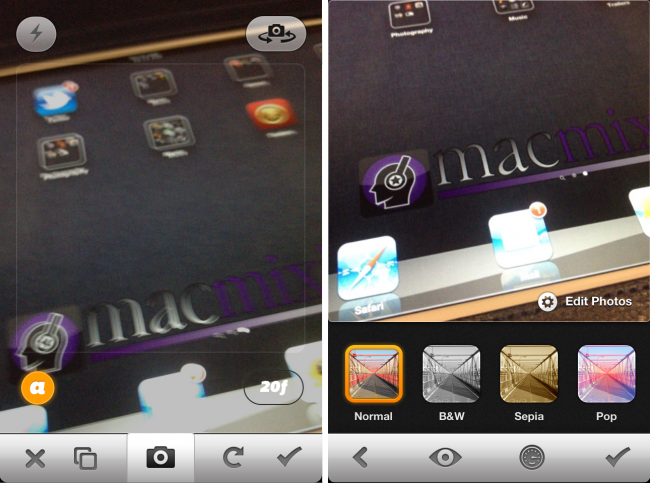 Like I said, Gifture is 100% free and it’s well worth the 30 seconds or so it’ll take to download it!

Check it out on the App Store now!