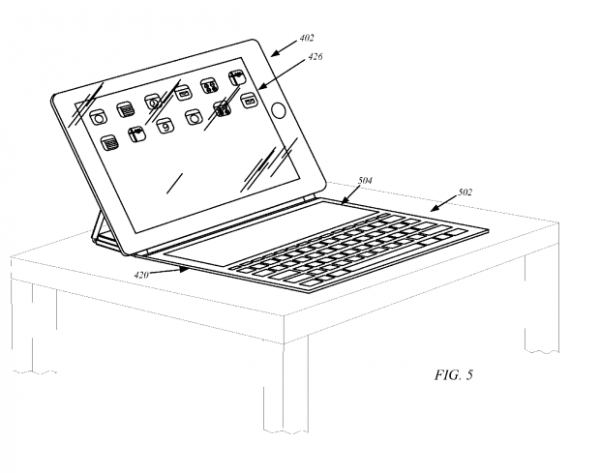 A new patent application submitted to the United States Patent and Trademark Office has recently been made public detailing an iPad Smart Cover with an embedded secondary display. Apple applied for this patent in August 2011, and is still awaiting its approval…

The potential patent would incorporate a flexible LCD screen in the folding panels of Apple’s Smart Cover in order to “greatly enhance” the iPad’s functionality.

The LCD could be used to augment the iPad’s display and add extra space for icons, display notifications, or it could act as a media control interface. As seen below, this picture included with the application, also indicates the possibility for an embedded touchscreen keyboard or drawing area.

This idea reminds me of Microsoft’s new Surface tablet accessory. It makes me wonder if Apple has patents pending on a design like this before Microsoft. I guess we’ll find out if any lawsuits pop up over the next couple years…

According to the USPTO application, the patent is described as:

While we can’t be certain this patent will ever see the light of day, it would definitely bring more meaning to the name Smart Cover. I really like the idea of an external touchscreen keyboard or drawing area, but being able to project any data on such a display would greatly enhance my iPad experience. If this idea ever materializes Apple already has my preorder secured.

Check out the patents gallery below. 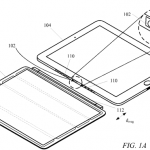 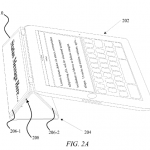 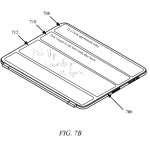 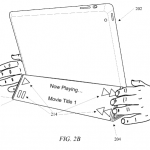 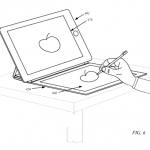 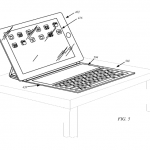 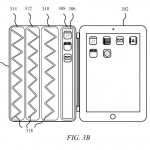