Apple Stores Set To Open At 8AM On Friday 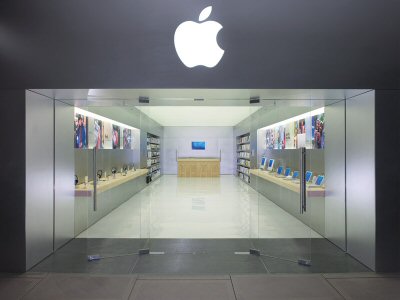 It’s just under four days until consumers around the country can get there hands on the new iPad, and Apple still hasn’t given the slightest inkling as to what time they will actually be opening their doors for business.   Last year they opened early to accomodate the massive amounts of people waiting to snag their iPad 2’s and it looks like Apple may very well follow the same pattern this year.

According to the Houston Chronicle the new Houston Highland Village Apple Store just sent out a notice that they will be opening their doors on Friday March 16th at 8AM two hours earlier than their normal time.  Apple hasn’t announced what time they will be beginning in store sales of the new iPad yet.  Apple Stores opened their doors early last year for the iPad 2 release but didn’t launch the tablet until late into the afternoon.

The store’s doors will open at 8 a.m. Friday, the same day that Apple’s third-generation iPad will go on sale. An Apple spokeswoman would not say whether all its stores will open at that time on Friday, but an early opening is typical when the company starts selling a new iPad or iPhone model.

Yesterday Apple told USA Today that the demand for the new iPad has been “off the charts”, with estimated shipping times for online purchases reaching as far out as two to three weeks.