Amazon is back again with a new Kindle Fire fore 2013. This new tablet offers a ton of performance, but you’d never know it due to the massive limitations by its operating system overlay. The Kindle Fire is rocking a new “HDX” display and better internal components, but is it a worthy purchase over its 7-inch competitor the Nexus 7. Check out my full video review above to find out.

The Kindle Fire HDX shows its performance enhancements in gaming more than anything. Unfortunately, Google’s Play Store isn’t present on this device, so you’re stuck with what Amazon wants you to have access to. I’ve noted this several times in my video review, but if you’re highly invested into what Amazon has to offer, the Kindle Fire HDX is a no-brainer. Otherwise, you’re probably better off with a Google Nexus 7 due to its customization options with stock Android.

This tablet is running Android, but the entire “Android experience” is covered up by Fire OS 3.0. Because of this you’re left with a very controlled environment that’s mainly designed to help you easily tap into what Amazon is selling. It definitely has a beautiful and crisp display, but other than that, I think there are better options on the market. Again, if you’re into everything Amazon, this tablet will make it easier than ever to access your content. Outside of that, I’d look elsewhere for a portable tablet.

I’m not saying that the Kindle Fire HDX is a bad device, it’s just way too limited for the typical Android user. If you’re coming from a previous generation Kindle Fire, the upgrade will definitely be a noticeable one and you’re probably used to the OS limitations. In that case, I’d say to run out and grab a Kindle Fire HDX right now. It’s very snappy, offers an HDX display that’s crisp as ever, and won’t break the bank. What do you think about the Kindle Fire HDX? 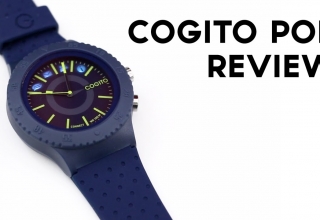