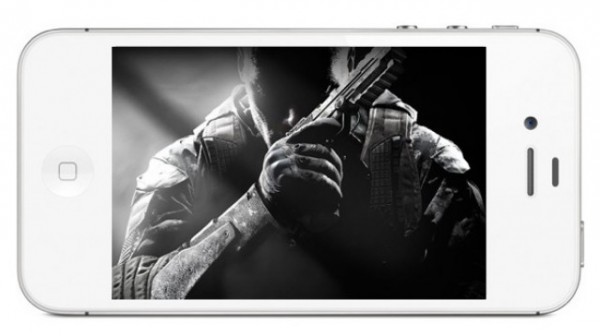 I’m a big FPS (first person shooter) fan. I love playing Modern Combat 3 for iOS, but honestly nothing compares to the Call of Duty franchise. (Well maybe Battlefield 3, I try to give them equal love…) Either way it looks like We may get a similar CoD experience on our iOS devices soon…

Andy Payne, chairman of U.K. Interactive Entertainment, recently revealed that Activision’s new studio in Leeds is working on a brand new Call of Duty game for iOS. Could this potentially release alongside Black Ops 2 in November?

Currently there are a couple Call of Duty branded games on iOS but they are only based on the “Zombies” aspect, which is an addon game where you attempting to survive endless rounds against flesh-eating zombies with an array of weapons and explosives. I know that already sounds pretty awesome, but a full-fledged FPS from the CoD people would be so great!

But back to Andy Payne, here’s what he told VideoGamer:

Activision are like a machine. I have to be careful what I say about these guys because I know them so well and they’ll cane me.

But Activision are a machine. They’re very good, and you know what, what people don’t realise with Activision is, the two studios working on the Call of Duty franchise are collaborative studios. That’s unheard of. All the assets are reusable, so they’re not wasting time.

And those assets are also going to be starting to be used by the mobile team, which is going to be based in Leeds.

They [Activision] kind of always wanted to get the Rockstar team.
They wanted some of the Rockstar guys, yeah. Well it’s smart, because Britain’s pretty ahead in mobile programming. We’re pretty good at it. Yet again, we’re good at it but we don’t talk about it too much because we’re British.

Apparently the new Leeds studio has been given the task of developing all “handheld” versions of games. That would also include a new PS Vita version, along with iOS games. But there’s no clear indication if, or when this may be happening.

I think it’s also a huge possibility they will bring this new Black Ops game to the Mac App Store as well. Since Game Center is being unified with iOS  in Mountain Lion, it only makes sense to have a complete universal gaming experience between Mac and iOS.

I’m pretty excited to see where this goes!

I’m a huge CoD fan so it’ll be nice to have the title on iOS finally!

Source: VideoGamer via Cult of Mac