3rd Generation iPads are Starting to Ship from China

It seems like just yesterday we were sitting at home or at work anticipating the announcement of the third generation iPad. Actually to be precise it was  just a couple days ago. But if any of you pre-ordered like I did, you’re probably checking your order status at least once or twice a day. ( I check mine five times but who’s counting…)

There’s good news in sight for all of you eager iPad fiends. Shipping notifications are now being sent out! The new iPads are making their way all the way from Chengdu in Western China.

Now don’t get your cords in a bundle, that doesn’t mean we will get them early. Seth Weintraub from 9to5mac recently received his shipping notification from Apple, and the rest of you should expect it soon. My order status says “Preparing for Shipment” (Picture Below) so I expect to see mine coming in the very near future as well. 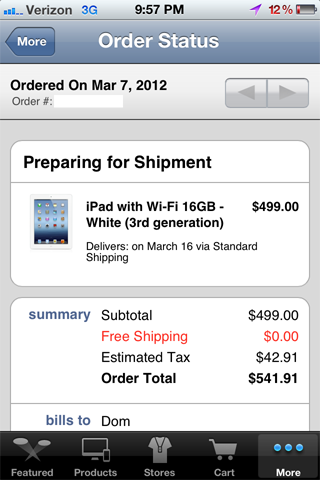 Though it’s unlikely your new iPad will arrive early, it’s nice to see your new baby make it’s way to its new owner. Apple has slipped up in the past having products to arrive early, but it’s highly unlikely if Apple has all their ducks in a row. Stay tuned with us for our official unboxing of the new iPad on March 16th! Follow us on Facebook or Twitter for all the latest updates! 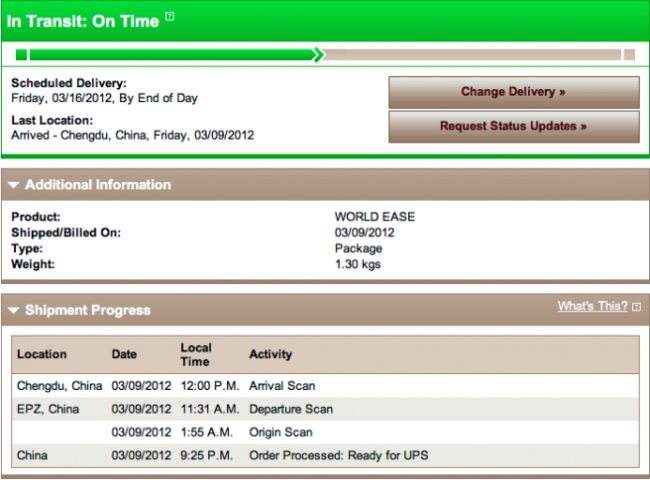