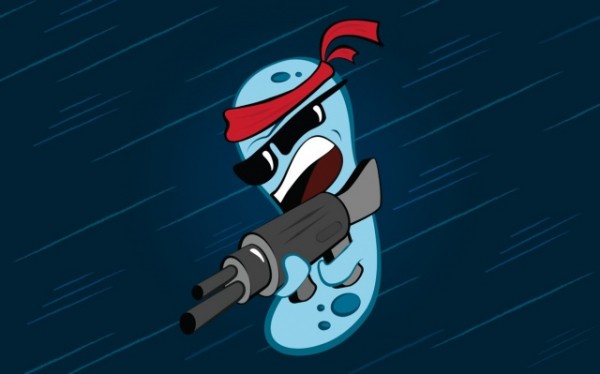 The story as I understand it is simple, and not accurately recounted on Rogue Amoeba’s website. Rogue Amoeba’s app added a feature that accessed encrypted AirPlay audio streams without using approved APIs or a proper license and in violation of Apple’s agreements. Apple asked Rogue Amoeba to update their app to remain in compliance with our terms and conditions.

Your assumptions as to Apple’s motives and actions are simply not correct. We have an Airplay licensing program explicitly to assist companies in creating AirPlay capable products. Apple never said that we would pull the rug out from anyone, we in fact worked with this developer to ensure they update their app and remain on the App Store.

Even folks over at their blog post argue they should keep quiet and shouldn’t have did their own “time-honored” reverse engineering. But in case you want to keep up on the story, here’s what Rogue Amoeba had to say.

Finally, Mr. Schiller states that we accessed “encrypted AirPlay audio streams”, and seems to imply that this is somehow inappropriate. Quite simply, it is not. While there are multiple layers of encryption involved in the AirPlay audio streaming protocol, their primary purpose appears to be preventing third parties from building applications which interoperate with AirPlay.

Thankfully, reverse engineering devices and protocols for the purpose of interoperability is a time-honored, and legally sound, tradition. It is, among other things, largely responsible for the PC revolution and the computing landscape we enjoy today. Should we stop providing users with products that work together simply because other vendors dislike competition?

The point here is that Apple invented AirPlay. If they don’t want you doing something they’ll boot you from the App Store. Plain and simple. Did Apple go about handling this right? Definitely not. I’m the biggest fanboy and I’ll be the first to say that there are MUCH better ways to deal with things like this. But honestly, arguing isn’t going to get you anywhere except searching for another home to sell your app.

Furthermore, Rogue Amoeba is also avoiding the fact that they didn’t remove the feature in question completely. They simply hid it away. As 9to5Mac pointed out, this feature can easily be returned by dropping a little handy “plist” file in the apps directory structure. So technically it’s all still there.

Can’t we all just get along?