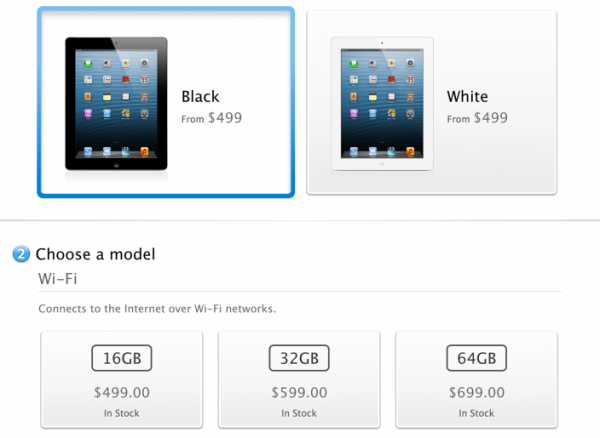 It looks like Apple has caught up with the initial demand of the fourth generation iPad. After a massive launch weekend, the Apple Store online seems to have the iPad 4 readily available. All models now show as “In Stock.”

It was recently reported that Apple sold a whopping three million iPads during launch weekend, but I’m starting to think that a lot of those numbers were from iPad mini sales. Not to say the iPad 4 isn’t popular, but most people who already own “the new iPad” don’t really have a huge reason to upgrade.

The iPad that was released in March is still a great device. On the other hand, if you’re coming from an original iPad or iPad 2, I’d definitely recommend the upgrade. It’ll change your life. The good news is, you can more than likely just walk into an Apple Store and pick one up.